You all know that the Haunted Mansion is the favorite attraction of The Mature Mouse™. In honor of Halloween, here is a great article from Disney Parks Blog. 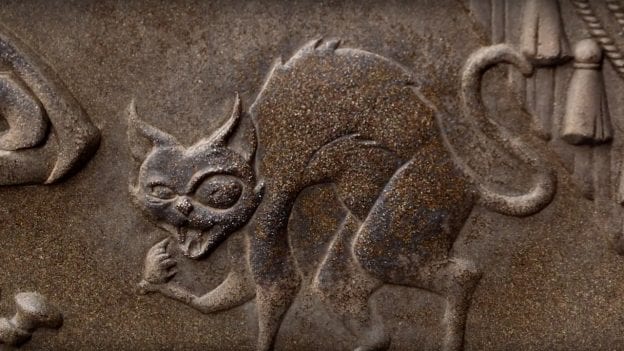 All in the Details: Myths & Legends of the Haunted Mansion

Did you know that the Haunted Mansion’s cemetery queue contains hidden references characters who were created for the attraction, but cut before the final version? That’s the topic our Imagineers look into in today’s celebration of the Haunted Mansion at Magic Kingdom Park.

One such character guests can spot as they travel through the queue is a mysterious one-eyed cat, who was intended to appear in the attraction and would’ve been a figure the Ghost Host would warn you about as you traveled through the mansion. 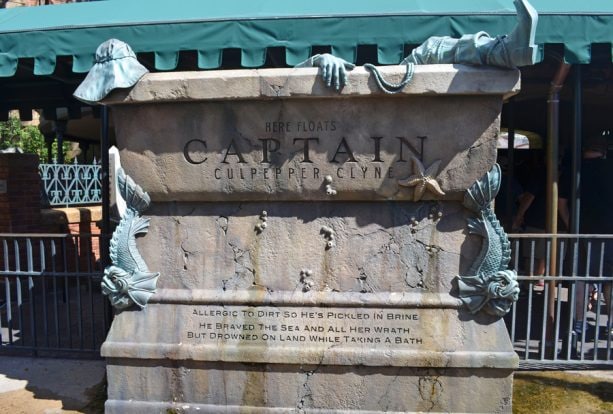 Another is Sea Captain Culpepper Clyne, whose tomb you can find inside the cemetery, is a nod to an affect and a character originally created for the attraction by Disney Legends Rolly Crump and Yale Gracey years ago. In that version of the attraction, guests would encounter a sea captain just before a spooky ghost would materialize nearby.

Both the one-eyed cat and Sea Captain Culpepper Clyne were cut before the final version of the attraction took shape.

Check out the video above, in which Imagineers Steve Vagnini and Daniel Joseph share all the details!