The name of the village in Star Wars: Galaxy’s Edge, at Disney’s Hollywood Studies was just released, and Disney Parks Blog has the story.

For those of you who attended one of tonight’s panel discussions at Star Wars: Galactic Nights at Disney’s Hollywood Studios, you were among the first to hear some exciting news about Star Wars: Galaxy’s Edge. Our story editor, Margaret
— Read on disneyparks.disney.go.com/blog/2018/05/black-spire-outpost-revealed-to-be-the-name-of-the-village-in-star-wars-galaxys-edge/ 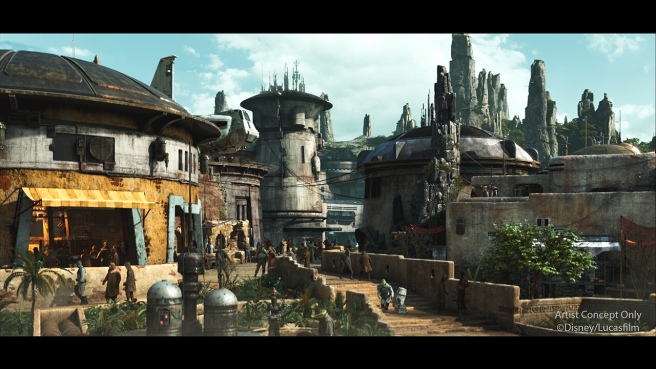